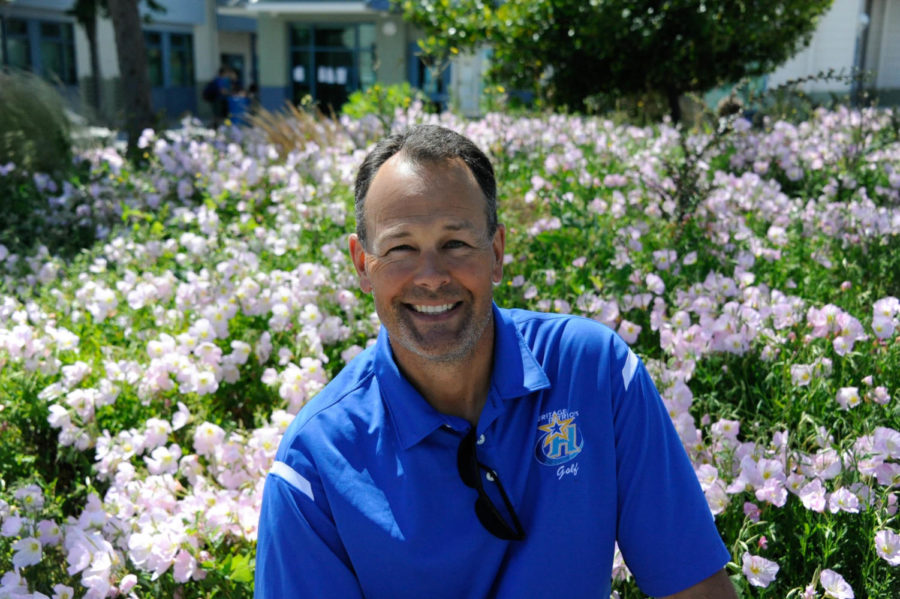 A true patriot to Heritage High School, Mr. Fogelstrom has been at Heritage since the beginning.

“He’s the best teacher I’ve had in my whole school career and by far the most influential,” Isabelle Francois said.

Future students can be excited, as Mr. Fogelstrom says that every summer he rewrites one lesson and add a new lesson. He also takes one recommendation from his student’s essays in Film and adds a new movie to his list.

Here at school, Mr. Fogelstrom is advisor of Fellowship of Christian Athletes and the Cinema Club. He also is the head coach of the golf team and a football coach at Freedom. However, he is coming back to coach Heritage football next year, something he is very excited about.

Mr. Fogelstrom has two kids, Hannah and Jake Fogelstrom. Hannah is currently a freshman at San Diego State University and Jake is a sophomore here at Heritage High School.

“I absolutely love teaching and being around kids. They keep me young,” Mr. Fogelstrom said.

With so much passion about his job and the model of a truly inspirational teacher, students continue to praise Mr. Fogelstrom as a teacher and as a role model,

“His class inspired me to want to push myself and really think about writing and literature as important in the world, and I want  to one say write a book like he did”, said Daniel Simone(11).

Mr. Fogelstrom continues to motivate and fuel the fire in his students’ learning.