The Mental Bruises of Bullying 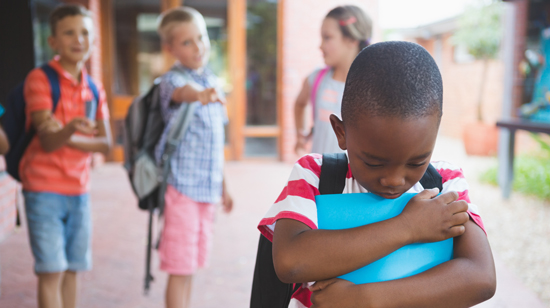 Bullying has major effects on people. Not only mentally but physically altering to peoples lives. When kids are bullied it normally leads to missed school, anxiety, depression and a number of other things.    They will also experience a drop in performance. Weather it’s sports or school. Do to not wanting to go to school there GPAs are going to drop. People who are bullied are dont take of themselves as much as they should or need to.
Without proper treatment bullying can last someone’s entire life. People who bully are likely to be more aggressive. They are likely to be apart of spouse and child abuse.
Bullying doesn’t only happen in person bullying can also happen on the internet. When a person intentionally says something about another person over the internet to cause them emotional harm is cyberbullying.
Cyber bullying is just as bad as bullying a person face to face because other people on that social media site are going to see what was said and start saying the same thing to hurt that person and make them feel bad about themselves.
Bullies should think twice about bullying people because when people are pushed over the edge after being bullied for years and years they tend to feel like there’s nothing else they can do and that they have nothing to live for.
The state of California has laws and regulations put in place for reports and suspected bullying. School staff are trained to deal with bullying. Schools even have measures put in place to prevent bullying from happening.
If you are bullied there a lot of people you can talk to whether it’s at school or even your parents. Being bullied shouldn’t just be held in and not talked about or dealt with. Bullying is never okay and no one should have to be bullied.
Remember – Bullies are people who are trying to mentally bruise, but bruises are not permanent and it will get better.