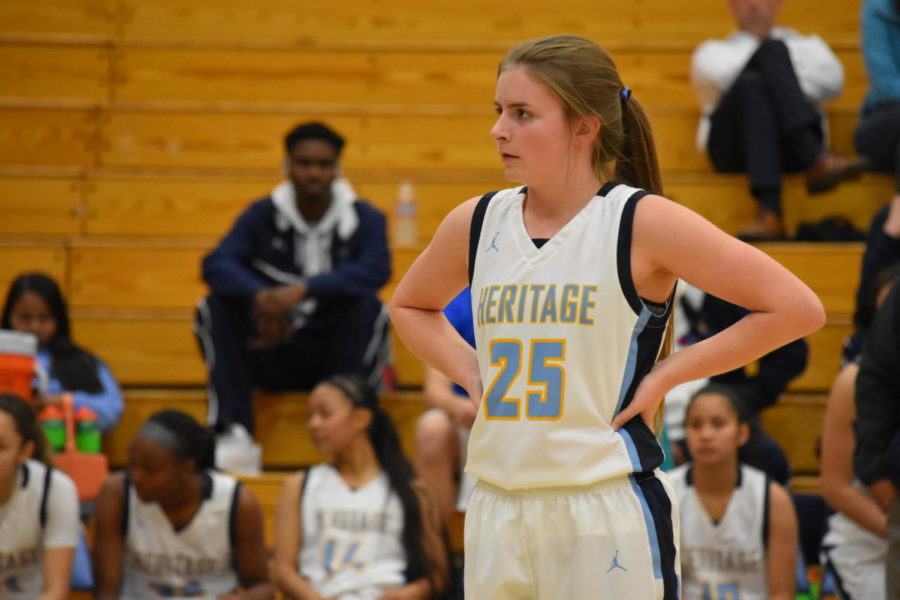 The gender pay gap has been going on for a lifetime affecting every industry, with the sports industry being no exception. Female athletes have been very vocal recently about the unfair treatment they receive, with no one responding back to them.

The biggest difference in pay among athletes is mostly in team sports. The WNBA players earnings’ WNBA players earn about 71,635 while the avg. NBA salary is 6.4 million. Last years No. 1 WNBA draft pick A’ja Wilson earned only $52,564.
In the March Madness tournament game-  the men’s team gets 1.6 million for each game won while the women’s’ team gets paid nothing despite millions of people tuning in to watch them.
NBA states that these differences in pay is due to revenue- men have larger audiences and more broadcast deals. However, NBA players receive 50% of larger revenue while WBNA receive 25% of their leagues revenue.
“A lot of people come to our basketball games too,” said Heritage women’s basketball player Kaylah Joiner (11).
Many people tune in to watch female athletes play just the same as men sport games.
Amount of revenue as being the reason for the significant pay gap is not the real reason why according to the women’s soccer team. A pay equity lawsuit was filed by the women’s soccer team because they had played more games and brought in more revenue in 2017- but were still paid less than males soccer team.
In fact, women’s soccer games has generated more revenue than male games over a span of 3 years, yet only earn a max of 99,000 or 4,950 per game. While Male players earn an avg. of 263,320 or 13,166 per game.
Many people believe that the reason female athletes do not earn as much as male athletes is due to them not working as hard as men do.
” I believe that women work just as hard as men do because we all go through the same workouts, mental tolls, and moving aside other responsibilities so that we can focus on getting better at out sport, ” said Heritage High schools tennis player Britney Smookler (11).
The women’s soccer team have won more games than male counterparts-  3 World cups and 4 Olympic golds while men have none. The Women’s soccer team have worked hard to get ranked no.1 in the world, and not being paid the same respect as men have forced them to speak up.
Discrimination against female athletes also involves media coverage. Women make up 40% of athletes in Southern California but receive less than 4% coverage on news media.
When asked how many times Heritage High School football player has seen female athletes being reported on in the news he had to take a minute to think.
” Not that much, I’ve maybe seen a report on the Women’s soccer team maybe once, ” said Heritage High School football player Michael Steelman (11).
In the USA Today Newspaper, the sports section over 12 days were 92 stories- 82 about men and 10 about women, 89 Photographs of athletes- 4 were of women athletes. And the front page had only 1 photograph of a woman and 39 photos of men during that 12 day period.
Lastly, only one front page story of woman athletes while there was 31 front pg stories about male athletes.
Female athletes face discrimination not only over salary or media coverage, but on many other aspects. All these female athletes want is the respect and equality that male athletes get without question.
People need to realize that this problem exists and speak up, because what if your daughter one day wanted to be a female athlete, don’t you want them to be respected just the same as men are?