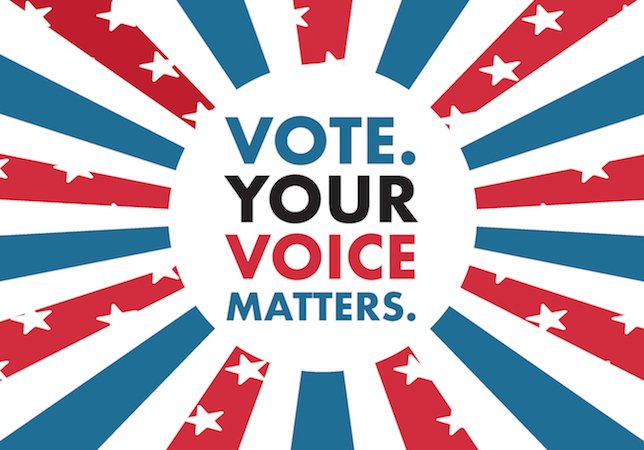 Rylee Cagle, Staff Writer
The inevitability of the 2020 presidential election feels heavier and heavier with each passing month. With all of the candidates, policy issues, debates, poll numbers, and everything in between, it becomes overwhelming to even consider the implications of an election.
“I’m most concerned for people dividing more with this election,” said Emily LaRussa(12).
The election takes place November 3rd, 2020 and, as some of our patriots gear up to vote, The Heritage Ledger is here to provide some of the important information Americans should know about the candidates in the running.Who’s Running?
The most important question to many, is “what are my options?” In other words, “who’s running?” The 2020 presidency is currently being pursued by 23 candidates; four are Republican, including our current president, Donald Trump, and nineteen are Democrats.
On the Democratic side, notable candidates include Joe Biden, Elizabeth Warren, Bernie Sanders, Pete Buttigieg, and Kamala Harris. However, Biden and Warren are significant stand-out candidates on the Democratic side.
“Warren really stands out because she’s been very clear in her debates and what she wants. She’s been having this voice of authority,” said Aurora Thomas(12).
When considering the Republicans, there are significantly less candidates. However, those running against President Trump for the Republican ticket include Joe Walsh, Mark Sanford, and William Weld. However, as an incumbent, the President has the upper-hand.
“I mean if you’re running as a Republican, you don’t get any coverage unless you’re Trump, so Trump stands out, obviously. On the Democratic side,though, Joe Biden stands out,” said Marin Fallows(12).
In 2016, only 6 Democratic candidates ran for the presidential election; the 2020 election nearly quadruples that turnout. This influx of candidates is convenient for voter representation, yet makes it difficult to truly pinpoint the values and agenda of each person. Generally, though, here’s what we know about each candidate:
1. Joe Biden (D)
Biden was formerly the Vice President under the Obama administration.
He is known to be charismatic and more moderate in comparison to other candidates.
His main agenda focuses on restoring global relations and strengthening economic protections for low-income workers.
2. Elizabeth Warren (D)
Warren is running on the basis of “wide, structural change.”
This Senator has outlined detailed, progressive plans to implement in America.
Under a Warren administration there would be an emphasis on taking down big corporations to benefit the lower and middle class.
3. Bernie Sanders (D)
Sanders was runner-up to the Democratic ticket in the 2016 election.
This Senator is a self-described democratic socialist.
A Sanders administration would aim to provide Free Healthcare For All as well as tuition-free public college.
4. Donald Trump
The current seated President, Donald Trump has accomplished a lot during his first term.
Trump appeals to the ideals of his dedicated base, including immigration reform, sweeping tax cuts, withdrawing troops, and renegotiating past policy deals.
5. Joe Walsh
A former congressman from Illinois, he supported Donald Trump in the 2016 election, but has since separated. Walsh has been controversial in the past, calling former President Obama a “Muslim” and a “traitor.”
Walsh has a political agenda that focuses on reducing national debt, restraining presidential executive power, and securing the border.6. Mark Sanford
Sanford is both a former congressman and a former governor from South Carolina.
As a fiscal conservative, he formerly supported President Trump, but eventually became one of his most vocal critics. A loss in the primaries as well as an extra-marital affair have halted, and somewhat marred his political career as of late.
A Sanford administration would focus primarily on addressing national debt.7. William Weld
Weld formerly ran as a Libertarian candidate in 2016; he is a former governor and prosecutor from Massachusetts.
Weld hopes to appeal to moderates and mainstream conservatives.
His agenda focuses on free trade, moderate immigration reform, and fiscal restraint.
What do the Polls say Right Now?
Polls are a way for campaigns as well as the general public to see which candidates are receiving the most support from the public. In the case of this election, the majority of the public is watching the polls to see which Democratic candidate pulls ahead of the other nineteen in the running.
As mentioned previously, Biden and Warren are stand-out candidates for the public, and, not surprisingly, their polls match that sentiment. As of October 30th, 2019, Biden is polling at 27% among Democrats, and Warren follows close behind at 23%.
While there’s still a little more than a year until the election, Biden and Warren have established themselves as the front-runners of the Democratic party. Only time will tell how they fare up against Trump in critical states, as well as in the general election.Can You Vote? If so, do it!!The exciting news for our community is that many Heritage High School seniors will be able to vote! Voting is a right granted to Americans through the Constitution and many graduating patriots have the chance to take part.
“I feel like it’s a good thing because I feel like myself and a lot of other people I know are really educated on the different things that are going on, the different candidates, and what exactly it means to vote,” said Fallows.
In California as long as you are 18 or older on election day, you are eligible to vote. If that applies to you, make your voice heard and use the link below to register.Register or Pre-Register to Vote HERE: https://registertovote.ca.gov/
Delete Image
Align Left
Align Center
Align Right
Align Left
Align Center
Delete Heading