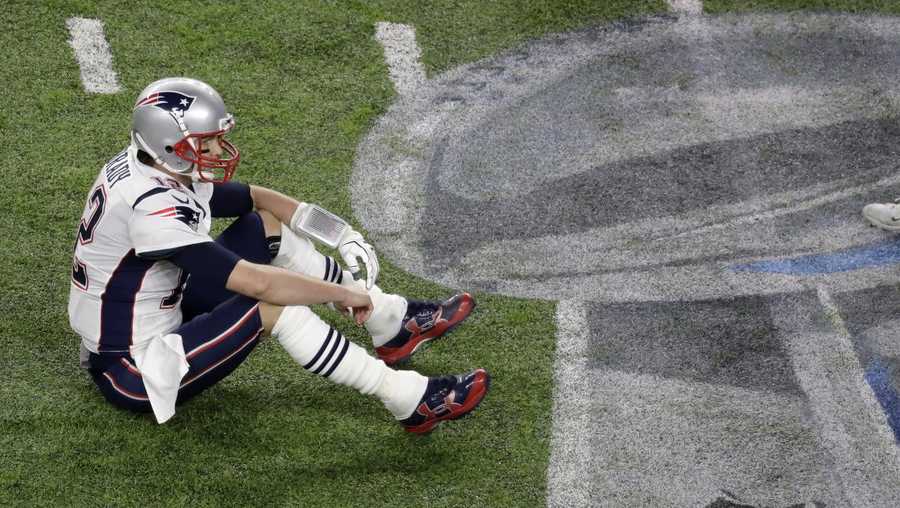 Jacob Fogelstrom, Staff Writer
With the consistently exhilarating wildcard round of the NFL playoffs coming to a close, the headline of the weekend was the abysmal showing from the always impressive Tom Brady.  From the interception taken back for a touchdown in the final moments, to not throwing a single touchdown. Brady’s performance was summed up by a 59.4 passer rating, this is out of the ordinary for Brady as he averages a 97-100 passer rating per game through his career. The showing of Brady this past weekend has placed the NFL on notice, and raised uncertainties on the future of his career.
Taking all the uncertainties in consideration, Brady should forgo the idea of retirement and continue his prestigious career in the NFL, just in a new area code. The performance from Brady this past weekend was out of his control and is a reflection on the direction of the Patriots rather than Brady himself.
Throughout the season, there has been limited weapons in the Patriots offense, preventing Brady from thriving. An all time great quarterback can only be as good as the people catching the balls he throws, and Brady was stuck throwing to mediocre players all season long.
Tom Brady has shown his raw talent even in Father Time when he has weapons around him, as he lead the greatest Super Bowl comeback ever at the age of 39.
Last season, when Brady had talent around him, he led the Patriots to yet another Super Bowl win, earning his 6th ring at the age of 41. Age hasn’t been a dent in Brady’s success in the past, and will stay that way going forward.
Even with the bad ending to the season for the Patriots, they were still led by Brady to a 12-4 season and finished as the third best team in their respective conference. In this 12-4 season came wins against a handful of elite competition, showing that Brady, even in his old age, can still get the job done.
Many say that Brady has become completely immobile and can’t leave the pocket, but if he is put into a system with a top tier offensive line, those worries go away. The magic that Brady makes happen in the pocket makes his immobility a burden that teams are willing to take in when the results are a high caliber offense in the league.
In previous interviews throughout the season, it has been stated by Brady multiple times that he thinks he can play another 3-4 years in the league.
“Guys, I feel so good still, I believe I can play through 45, maybe even 46 or 47,” said Brady.
Brady feels great at this point in his career and believes he can still lead a team to the Super Bowl. With the way Brady feels and the potential suitors like the Chargers, Raiders, Bears, etc there’s little reasoning as to why Brady would consider retirement.
If Brady forgoes retirement and continues his career outside of New England, there will be plenty of potential homes for him to continue his career with. The greatness of Brady will always be remembered, but there’s still empty pages to be written in his legacy, even if these pages are written outside of New England.