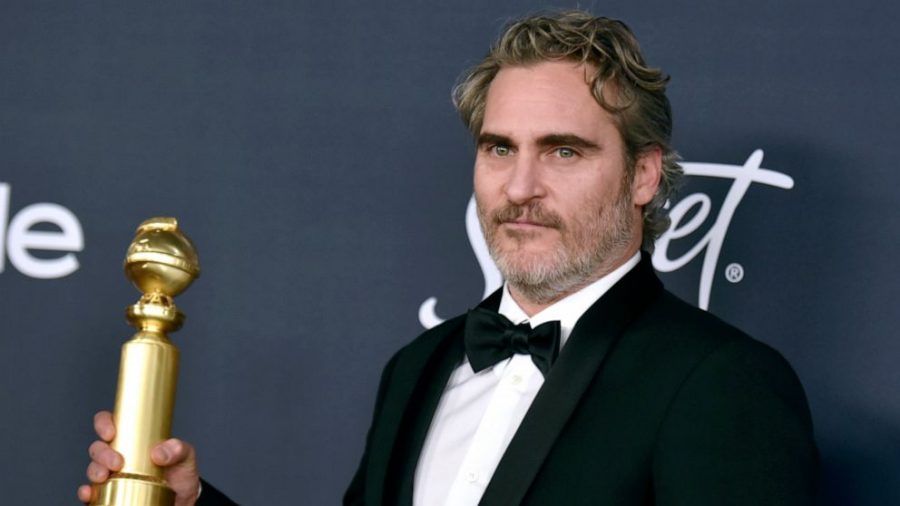 On the night of January 5th, the 77th Golden Globe Awards aired with slight dismay. The seats were filled to the brim with stars of the silver and small screens, many of which were nominated for awards that night. Though plenty of people within the industry looked excited and incredibly happy to be there, others looked jaded and tired.
In his acceptance speech for Best Actor, Joaquin Phoenix raised eyebrows with a controversial, yet insightful message.
“It’s really nice that so many people have come up and sent their well wishes to Australia, but we have to do more than that, right?” said Phoenix,  “It’s great to vote, but sometimes we have to take that responsibility on ourselves and make changes and sacrifices in our own lives and hope that we can do that.”
While watching this event unfold, these words stuck with me more than anyone else’s that night. The more I think about it, the more I realize that awards shows have grown to be insincere, plastic in some regards. Phoenix’s speech was invigorating because it was a small speck a genuineness in a sea of self-validation.
Awards shows have seriously grown predictable. You can always expect fashion that costs more than some people’s mortgage, some jokes that will fall flat, speeches stating something vaguely political but nothing really groundbreaking, and a film that was critically praised and loved by the audiences getting snubbed. And once the nominations are announced, it’s likely you can tell right away who and what is gonna get the big awards.
But are these ceremonies really for celebrating the cinema anymore? The Oscars continually exclude female directors (such as Greta Gerwig for Lady Bird and Little Women), indie favorites (such as Robert Eggers’s The Lighthouse), and leading actresses of color (the last woman of color to win was Halle Berry back in 2002). And instead of acknowledging this exclusion, most awards shows desperately try to appeal to a larger audience.
The Academy Awards have shifted significantly from the original ceremonies. According to Insider, the Oscars weren’t televised until 1953, the attire grew more formal over time, and the attendance numbers were much lower than they used to be. The longer the ceremonies have been televised, the more the awards committees have tried to uphold glamorous appearances and cater to the larger, “no-name” audience so they have a large viewing number every year.
In 2019, the viewing numbers for the Academy Awards were a total of 29.6 million, but those numbers have been in decline since 2014 when a reported 43.7 million people watched the ceremony. During the 3 to 4 hour televised event, there is an average of 70 to 80 commercials (around 40 minutes in total screen time). In reality, the acceptance speeches are only a small fraction of the runtime, meaning that the show isn’t just focused on the awards but on retaining viewership by pleasing audiences with the spectacle of the stars and advertisements.
I’m not saying Award Shows have not made progress over the decades. Many fantastic films that would be ignored in the past have won big at the Oscars, such as Moonlight, a film lead by an all-black cast. The hype around possible Best Picture winners brings more attention to films that may otherwise have not. But it’s difficult to appreciate this effort when blind-sided by the lack of variety within the ceremonies.
Though the Oscars do create more appreciation for films nominated, plenty of classic movies didn’t win Best Picture yet are more memorable than the movies that did (this includes The Shawshank Redemption, Taxi Driver, and 12 Angry Men). One could ask if awards shows really determine what is good cinema, but I think I would rather inquire whether or not awards shows care about good cinema anymore. As a long-time viewer of award shows, I have hope that they will focus more on celebrating the cinema for what it is: art.