The Message Behind YOU 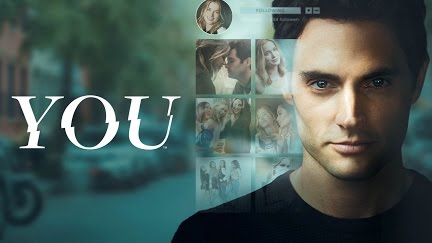 What have 40 million people been watching lately? YOU, at TV show streaming on Netflix that has gained the attention of many people.
YOU is a show that follows the main character, Joe Goldberg, and his love interests. You might wonder what makes this show stand out? That is the main character who is seemingly a normal person has an entirely hidden personality that is obsessed with finding love, and would do anything for it and the person he claims to love, even murder.
The TV show may be misunderstood by some viewers who believe that the show is making stalking and murder justifiable and that it is advocating wrong messages to the audience. People may come to that conclusion because the show is narrated through the point of view of the obsessive stalker and murder, Joe, who continuously justifies his action to himself, and therefore to the audience as well.
At first glance, that may seem true; however, such is not the message of the show. The romanticizing of stalkers and murderers is far from the show’s intention. The show’s core message is to make people conscious of how they use social media and the people they meet online.
In the show, Joe starts stalking his love interest online after he meets them for the first time, and that’s normal we are all guilty of doing that sometimes, however, he proceeded to stalk them in real life and social media for days, in order to ‘get to really know them.’
The theme of online stalking and privacy that surrounds the show alludes to how social media is changing the way we socialize, from how private we are on social media to the way we use it as a character-defining tool for others. This theme allows people to think about the way they use social media; leading them to become more conscious of the people they meet online and their surroundings in general.
The show also touches on other social issues such as child abuse, domestic violence, and danger of journalism through other subplots and actors. Making it suitable for many different audiences from teenagers to adults. The show also brings thrill, excitement, and mystery, that makes viewers want more as new and old characters appear and reappear,  changing the course of the plot and making it unpredictable.
YOU is not the first show or work of art that has come to take place from the point of view of someone who is considered mentally unstable such as Frankenstein, Bates Motel, Dexter, and more. But what makes YOU different is that it is a reminder to be cautious on social media and the people you meet, which sometimes can be unnerving.