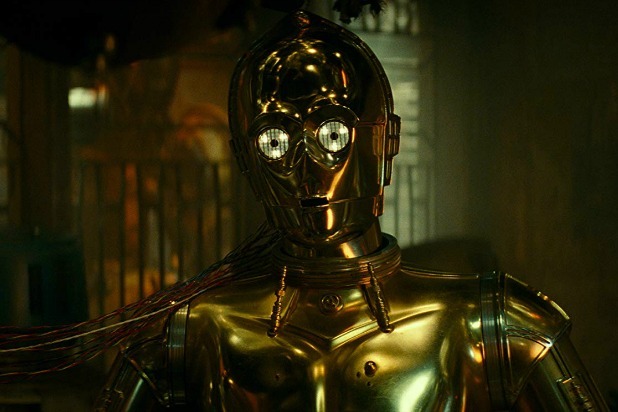 Star Wars, the Rise of Skywalker is the third film in the final trilogy of the franchise, and the ninth and final episode of the Skywalker saga. The Star Wars series has a long history and a dedicated fan base, so this film has much to live up to in terms of the legacy that the series has created, but some people are disappointed with the outcome.
“The movie is constantly trying to bank emotional payoffs it, and the other two movies, never properly set up,” said Christoper Saw (12).
Saw considers himself a conscientious objector of the series. He did not think that the movie properly wrapped up the series. “It just doesn’t pay off.”
Gus Guardado, the lead film teacher at Heritage High School, was also was critical of the movie.
“That movie clearly didn’t know what it wanted to be, its got too many plot holes in it,” said Guardado. “The movie’s characters are uninteresting, there is very little arc or use.”
Saw and Guardado are not the only people who feels this way. Many criticisms of the incoherent plot and lack of proper character development make many fans feel that this movie does not live up as the saga-ending film that it needed to be.
Rey in particular is subject to a lot of criticism. The character experienced a lot of growth in the previous movies that fans say have been taken away, and major themes have been neutered.
“I like what Rey represents, but not how she’s done by the script. She’s one step forward and two steps back,” said Saw.
These criticisms are comparable to the negative critical reviews, which preach similar critiques.
“The inherent rush that came in revisiting this world four years ago is naturally lessened, replaced by something closer to desperation,” said Brian Tallerico, a writer at RodgerEbert.com.
However, the Rise of Skywalker criticism has also been met with a lot of positive statements.
Many critics and fans have praised the movie on its stunning visuals, and its ability to tie up the laying loose ends from all previous nine movies.
“I enjoyed the characters, i thought it was better paced then the last two movies.”
Cole Haynes is a long time fan of the series, and enjoyed the movie thoroughly. “I thought it was a good way to wrap up the series.”
Many critics have said that the movies themes are good enough, and the film works to satisfy all fans hopes for what the movie should be.
“Abrams is a crowd-pleaser and a good one. He’s made a film that is unquestionably entertaining and wraps things up in a way that will make fans happy,” says Bill Goodykoontz with Arizona Central.
A good number of people say that the fan-service in the movie works to its benefit. The movie is made to please star wars fans, not necessarily to be an artistic masterpiece. However some star wars fans do not think that the movie did what the fans want.
“Clearly J.J. Abrams and Kathleen Kennedy thought that they needed to give what the fans want, but didn’t know what the fans wanted, and was poorly executed,” states Guardado.
Whether the film lives up to the hype the other movies set up is a matter of personal taste. Some of the issues of character conflict have made others skeptical of the quality, while others are pleased with how it satisfies the story. The debate of whether or not this movie is a good ending to the saga is everlasting, and isn’t going away anytime soon.
Regardless, the future of the star wars franchise is unclear, and with the wrap up of the Skywalker saga, the movie series is foggy.
However many fans have look to other outlets for star wars content. Gus Guardado, though critical of the final trilogy, enjoys the Mandalorian, Disney’s prequel television series to star wars.
“I like where the Mandalorian is going. As long as it doesn’t have any ridiculous plot twist in it like Rise of Skywalker, that series is where Disney should take the franchise.” said Guardado.
Whatever you think of the final trilogy, star wars continues to truck along as one of the best-selling franchises of all-time, and shows no sign of slowing down.