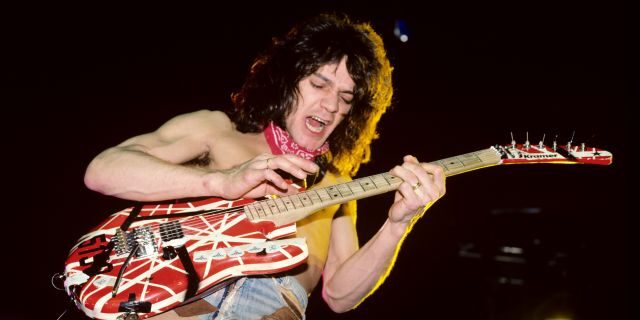 Halli Boisvert, staff writer
Virtuoso guitarist and co founder of Van Halen, Eddie Van Halen, has passed away from a long battle with throat cancer on October 6, 2020.
For years, his struggles had been kept out of the public eye in hopes that his condition would improve, but also to not worry the many fans of Van Halen that have been inspired over his lengthy career. For a year prior to his death, Van Halen was often in an out of hospitals for issues such as intestinal issues that were believed to be related to the treatment he was undergoing.
In 2000, Van Halen announced he had been diagnosed with tongue cancer, which fans thought to be caused by his heavy smoking in past years. Nonetheless, Van Halen revealed he thought the cause to be the brass and metal guitar picks he often held in his mouth through shows for long periods of time. He was declared cancer free two years after his diagnosis, and soon he overcame his substance abuse.
However, in 2019, the public was told that the legend had been fighting against throat cancer for the past half-decade.
Van Halen chose to keep his health struggles private as he was receiving treatment for his cancer, which he was diagnosed with 5 years prior to the public knowledge of his illness.
Fans of the Rockstar knew nothing about his health condition, when the news came out there were an array of emotions from people around the world. Some understanding, and some were offended that he had not shared the news earlier.
“Some people might see it as a bad thing. To keep such a big secret from people that truly cared about [Van Halen], but I’m sure he kept it private because he didn’t want to worry those who did care,” Said Patriot Moses Garza (11), “I think that takes courage, to prioritize the people you love over yourself.”
Van Halen never officially retired, and throughout his 47 year career, he never took being on a stage for granted. He exceeded everyone’s expectations despite being sick, and continued to inspire millions of fans and generations of future musicians.
“Van Halen didn’t necessarily influence me to start playing [guitar], but he was definitely a factor that kept me wanting to continue. Hearing him play was an out of body experience, knowing not only how difficult it was, but just how versatile he was while playing,” said Patriot Jonathan Ashley (11), “He never stopped playing which is something I look up to. Even when he got older, he didn’t let that stop him from being number one in his fans’ eyes. That just shows how much he truly loved music and everything that came with it.”
Celebrities that worked with Van Halen publicly grieved with fans of the musician, expressing the memories spent together and the monumental loss that they were all experiencing. Friends of Van Halen such as Sammy Hagar, Ozzy Osbourne, and David Lee Roth were particularly heartbroken, being so close to Van Halen himself.
“I think Ozzy particularly is having a hard time dealing with the loss of Van Halen,” Said Cyd Flyn, a lifelong fan of Osbourne and Van Halen, “He was pretty close to him and Eddie even asked Ozzy to join his band in the 80’s.”
The loss of Eddie Van Halen has been devastating for fans, musicians, family and friends. May his legacy live on in his work and influence.
Delete Image
Align Left
Align Center
Align Right
Align Left
Align Center
Delete Heading