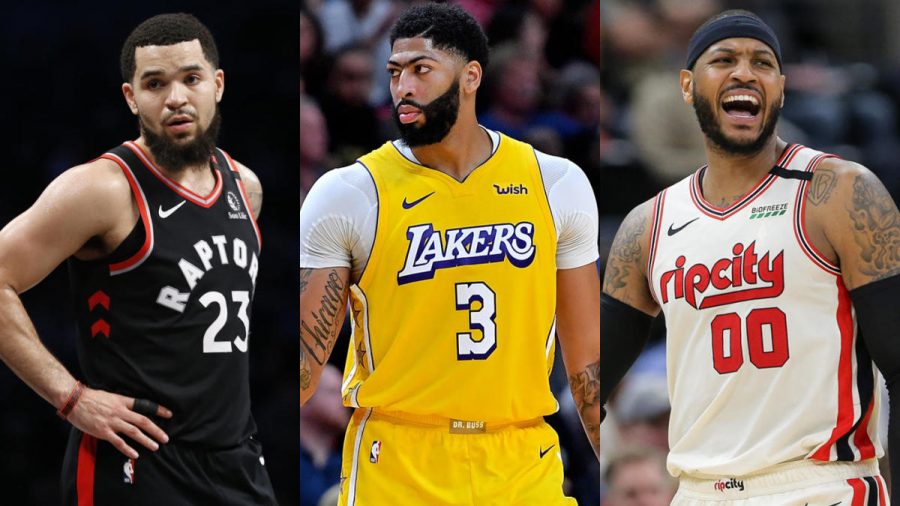 As the strange 2020 NBA season closes, many people are already looking forward to seeing basketball back on their screens. With the Los Angeles Lakers capturing their first championship in a decade after the passing of Laker legend Kobe Bryant, the ending of the last season had an almost symbolic ending. With the new season cycle growing nearer with the exciting offseason events, many optimistic fans hope their team makes the right moves. But for some, the major question now is what next?
The event that many teams depend on yearly, the draft lottery has come and gone, and with it came the order for the 2020 NBA Draft. Headlined by Minnesota, Golden State, and Charlotte, many teams expect to make a splash in the draft to improve their team’s chances.
Charlotte has not made it past the first round of the playoffs since 2002, while teams like Golden State and Minnesota are setting themselves up for a great 2021 season. Minnesota with the #1 pick can add to their 2 all-star caliber talents in Karl-Anthony Towns and D’Angelo Russell. Golden State can look to draft a star or trade their pick to add to their already stacked roster, including 2-time MVP Steph Curry.
This year’s draft class, while it may not be as deep or star-studded by 2019’s class, has multiple potential stars. Expected #1 overall pick Anthony Edwards has an opportunity to make an instant impact in Minnesota. Expected #2 pick James Wiseman can fill in a major hole in the championship-contending Golden State Warriors, as their starting lineup lacks talent at the center role. Other prospects like Lamelo Ball, Obi Toppin, Cole Anthony, Jaden McDaniels, and more look could become a key player to an up and coming team.
Much like the draft class, this year’s free agency class may not be as deep as 2021’s class, but it still has serious talent. Headlined by stars in Anthony Davis, Brandon Ingram, and Demar DeRozan, some teams are looking to add a key player to their roster.
The Golden State Warriors expect to make a huge return to championship-contention, as their star backcourt duo Stephen Curry and Klay Thompson will both return from injury. A trade before the deadline in the 2019-20 season gave them a young wing with all-star potential in Andrew Wiggins. Defensive star Draymond Green returns after a quiet season, and the Warriors can potentially take a young center in James Wiseman with their #2 pick. Paired with their young bench with plenty of game experience with last season, including First Team All-Rookie forward Eric Paschall, the team has the potential to make a deep run in the playoffs.
“I think the Clippers are winding down,” mentioned Mateo Arenas of The Weekly Assist podcast.”The Lakers are going to struggle against the Warriors because they have so much more of a well-rounded roster.”
The Brooklyn Nets also have the potential to make a huge jump, as star and Former-MVP Kevin Durant will return from a ruptured Achilles tendon in the 2019 NBA Finals. Kevin Durant was injured in his final game as a Golden State Warrior and signed a 4-year deal with Brooklyn, sitting out his first year with the injury. Brooklyn made other huge splashes in free agency signing NBA-Champion Kyrie Irving, additionally picking up 1-time All-Star DeAndre Jordan. Brooklyn is looking to pick up their first franchise ring, and their first Finals appearance since 2003 against the San Antonio Spurs.
The Atlanta Hawks head into free agency with a league-high $51 million in cap space, allowing them to potentially sign some star talent to add to their already young lineup. Their roster already consists of 5 players that are 22-years old or younger. Their young team is headlined by the young Trae Young, a stellar dribbler, and a long-range sniper. The team also more young stars in De’Andre Hunter, Cam Reddish, John Collins, and Clint Capela. After finishing 14th in the Eastern Conference with a 20-47 record, the team is poised to make a playoff push in years to come.
The Los Angeles Lakers, the defending champions, will also have their own struggles this season. Anthony Davis is almost guaranteed to re-sign, but problems will come from outside the organization likely, with teams in the West becoming more and more dangerous. However, there still will be problems inside the organization, with some players being likely traded away.
“In terms of players like Danny Green and Kyle Kuzma, I could see the Lakers moving on from those two by way of trade,” says Dylan Freeman, co-host of The Weekly Assist podcast. “I could see both of those players in a package for a playmaking point guard, especially if Rajon Rondo decides to go elsewhere.”
The Lakers lead in NBC Sport’s “way, way too early power rankings” for the 2020-21 season. The NBA champions are followed by the Bucks and Clippers, both teams being first-round exits looking to increase their championship chances.