The LGBTQ+ Community at Heritage 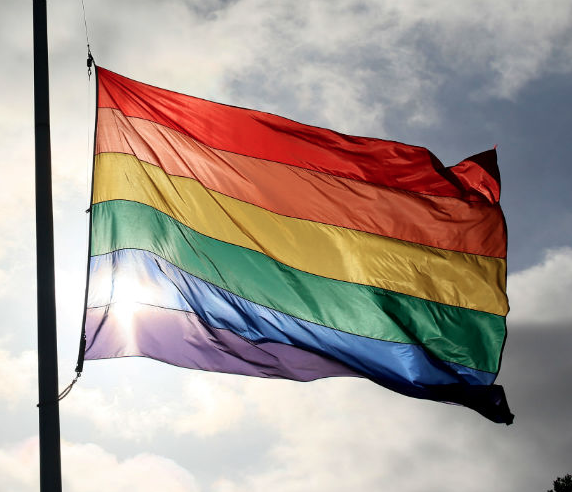 Olivia Johnson, Staff Writer
High school: a time of self-discovery and coming to terms with who you are. For some, however, highschool can reveal the reality of discrimination, lack of represenation, and insecurity.
The LGBTQ+ Community has long faced the struggles of prejudice. Highschoolers face similar challenges.
Nationwide, LGBTQ+ students are twice as likely to face discrimination on campus and many surveys have reported that some students experience a hostile community at their school.
These hostile encounters can have everlasting effects on mental health, self-confidence, and various other factors. The likelihood of pursuing a college education decreased in students who faced heavy levels of discrimination. Violence and prejudice are more likely to occur when there are less informative resources pertaining to the LGBTQ+ community available to students.
At Heritage, resources such as the Gay Straight Alliance (GSA) Club have been founded. However, it has been inactive with few events occurring around the school year. Many LGBTQ+ students at Heritage reported that the district and school did not offer a significant amount of resources targeted towards the LGBTQ+ community.
Microaggressions towards LGBTQ+ students are present, emphasized through first-hand experiences from highschoolers on campus. Various slurs, homophobically-charged jokes, and other encounters have spread through social media platforms and pop culture.
“I’ve never seen any repremendation towards those types of jokes… and I think that [admin] turn a blind eye to it,” said Ashlyn Silva (11) “I’ve never seen any teacher or staff call out anyone that makes the joke so it makes the student say ‘Oh, that’s okay, let’s keep doing it,’” explained Silva.
General education courses, such as health and history, have also been criticized by students. A GLSEN report found that an estimated 5% of individuals witnessed lessons and representation when focused on the LGBTQ+ community in their years of schooling, while the other 95% experienced none.
Representation in the form of historical figures, protests, intercourse safety, and other vital lessons are a topic that some students believe are important.
“Not at all, especially not in health, it was all hetereonormative… they don’t talk about anything else. They should give advice for all, not just for straight people,” stated Blu Ziv (11) when asked about Heritage’s health courses.
Although some students have reported a negative experience surrounding Heritage’s treatment of the LGBTQ+ community, they are hopeful for the changes and progress that can be made if students and the administration are willing to listen to feedback. Silva reported discussions and education are the key into making progress.
“If it’s not discussed then it’s not going to be normalized. If it’s not normalized then how could we expect people to finally get used to it,” explained Ysaach Habon (11) “It’s not something to be tolerated it’s something that should be respected,” continued Habon.
Actions taken today are vital in determining the future. Upcoming nominations for the LUHSD Board and overall representation at Heritage are major factors in determining the future of Heritage and their attitude towards the LGBTQ+ community. While the future is unknown, many students continue to advocate for an accepting and safe community at their school.
Delete Image
Align Left
Align Center
Align Right
Align Left
Align Center
Delete Heading